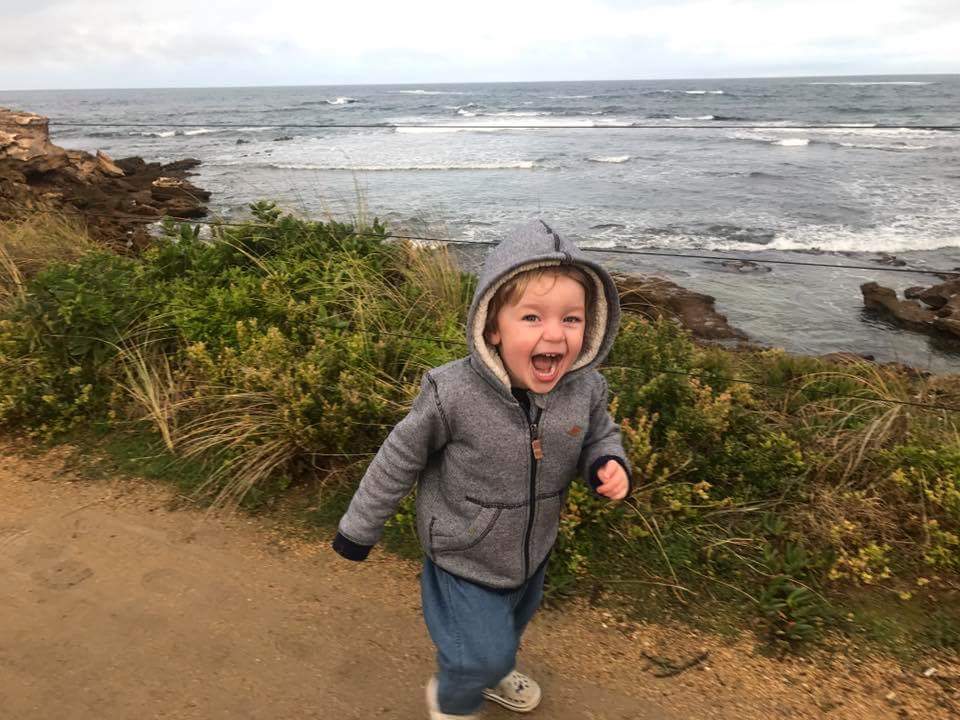 My brother Herbert is an avid watcher of Peppa Pig on his designated iPhone 7.

In times of sheer boredom he is able to engross himself in the little animated pig as she goes on her adventures, all from the convenience of a screen that he can take anywhere. Along with Peppa comes access to the Internet at his tiny fingertips. I watch him with fascination as he taps and swipes on the touch-screen, something I was only getting the hang of in early high-school.

Herbert was born into the technology that made a slow emergence in my life, so it is simply all that he knows. It’s a given. And in turn, I was born into a world of dial-up Internet, e-mail and consumer grade laptops as though they had always existed. Yet despite the major advancements that we were both born into, I can’t help but think of how starkly different my upbringing was in the late 1990’s.

Sure, I also had a keen interest in cartoons, but unlike Herbie I would have to insert a VHS tape and be limited to the living room floor as I watched The Brave Little Toaster on a big, black, clunky box TV. If I wanted to watch anything again, I would have to dutifully rewind the tape. Very technical. A far cry from a pocket-sized device with potentially thousands of VHS’ worth of video.

Considering that Wi-Fi and Bluetooth-enabled toys weren’t quite yet a thing when I was a toddler, I would find interest in marble runs and action figures. Any sort of interactive entertainment had to be played out in front of me using imagination. I don’t consider either of our upbringings as bad, just a simple product of our circumstances! Upon further reflection I realised that larger changes had taken place; education. How will Herbie’s curriculum change in comparison to mine? What new assessments, textbooks and exams will be different for him? Will these exams be handwritten, or will the tablet reign mightier than the pen?

Whatever future comes from the now, it will not see me as an absentee for my brother. Whilst I personally haven’t experienced being the eldest child, I would see it as a wasted opportunity if I did not apply my 20+ years of life learnings to help guide my brother through his growth and development. As the big brother, I feel a responsibility of care and guidance for him. I want my experiences to have at least some relevance in the future, and not be cast aside as obsolete ‘olden day talk’.

It’s hard to say whether the toys and technology I was exposed to as a toddler changed my life. I do feel a ringing nostalgia when I stumble upon 90’s memorabilia. I do think about how not only Herbie’s upbringing will be different to mine, but his entire life, through adolescence to adulthood. The technologies, trends and even language are subject to change. This presents the biggest challenge ever to me, how do I fulfil my role of the role-model in a world that will present different challenges for my younger brother?

I know that Herbert is bound to feel the same struggles that I and the people before me have faced; teen angst, love, feelings of rebellion and insecurity and more, but the way in which these experiences will be facilitated are always subject to change. Journal entries become Facebook statuses. Love letters become Tinder messages. The technologies available to my brother through his adolescence are a thrilling and exciting prospect. I won’t have any advice to give him on it, in the same way that my elders could not give me advice on social media.

An entire culture comes with new technology, and in my brother’s world I will be a mere foreign guest. How well I know this culture comes down to my observational skills in the next few years, and the ability to cherish my youth without being wrapped up in it, which could cloud my vision towards an exciting future.

The way I do things now may not necessarily be the way in a few years’ time, and I must be sensitive rather than dismissive of that change.

One thing for certain is that I have to remain open. Mine and Herbie’s future are one in the same, so there is plenty of time to become accustomed to it. This means that I must realise that the way I do things now may not necessarily be the way in a few years’ time, and I must be sensitive rather than dismissive of that change.

Too many times does the younger generation get a bad rap for simply utilising what is new to their generation. Just like my best friend who was reprimanded by his uncle for actively taking part in “his generation’s” selfie-taking habits, attributing it to a generation-specific vanity. Surely teenagers in the 1960’s would have taken selfies had that technology been available then. And who’s to say that vanity wasn’t still as ubiquitous back then, and just in different forms?

Likewise, I could never reprimand Herbie for potential pitfalls that result from the circumstances surrounding his future. He is no ambassador for his generation. However, with my ability to compare and contrast my generation with his, I could most certainly help him be self-aware, and aware of how he can navigate the 2020’s and early 2030’s (it all seems so surreal!).

Having an awareness of generational trends that came before you can be a major advantage when it comes to looking forward, and I find myself asking my parents very frequently about teenage life in the 1970’s and 1980’s.

Like them, I must be that reference point for Herbie. Always there when he needs me, with an open mind to a world I was not raised in.

I was not expecting to have a baby brother in my twenties, but by the time Herbie turns 20, I hope to be the relevant and well-informed 40-year-old who will forever remain his confidant and loving sibling.

Elliott Neagle is a Media and Communications graduate from RMIT University. He enjoys creating films and segments that entertain, stimulate and inform the viewer.