Thank you for stopping by, it’s so great to have you here!

Having worked in the media industry for around ten years and mostly in corporate environments, I found myself at the end of 2016 in need of a career change and a renewed sense of hope for the future.

The Mentorship was born out of this purpose-fuelled desire, where I could be of more help to others and in particular, young people pursuing creative endeavours. As one such person myself, I felt compelled to do something about it.

For some context, here is a little bit more about me:

I’m a Melbourne girl born and bred, my parents having migrated to Australia from the Philippines before I was born in 1986. Eight years later, my younger sister – and best friend – appeared in the world and my little family of three amazing humans have since been my greatest source of strength and comfort.

Fast-forward through the nitty-gritty of my childhood and at fourteen years old I decided that my future would see me as a serious news journalist, because I had developed a real passion for writing and broadcasting.

I was also quite crazy for the arts – music and movies – which eventually shifted my focus from journalism to the world of entertainment. And so I occupied my university years with a Media degree, majoring in Film and Television Production in pursuit of a dream to become a film and theatre director.

Again however, I wavered on that pathway realising (and fearing) the instabilities of the creative life when I was forced to stick out my casual retail job to make ends meet as a freelancer.

Hence when the opportunity to work full-time in the Sales department at a major television network came about, I thought it would be as good a step as any to get a professional foot in the door.

There began my career in advertising.

After years of navigating the world of commercial sales and marketing and through all of its challenges and rewards, I’ve learned that sooner or later, the universe creates a way for you to disconnect from that which no longer serves your soulful purpose – you just have to be open enough to read the signs and brave enough to take the leap.

Other truths will then start to reveal themselves and when you are no longer afraid to accept and believe in yourself, it is virtually impossible for inspiration not to enter your life.

For me, this inspiration came through the initial idea which formed the foundation of The Mentorship; a resource collective of curated and created content to help you navigate your career and life goals with a supportive community of like-minded people behind you.

I learned from Oprah Winfrey that you should “surround yourself only with people who lift you higher” and now through this little project, I can finally put that into practice in a very real way.

Everyone on board The Mentorship is not only here to fulfil their life’s purpose, but to help others fulfil theirs.

I hope that you join us! 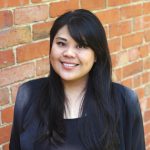 The Mentorship thrives because of the passionate contribution and support of creative people.

Email us today, we’re always up for a chat!